Blogger’s Note:  Happy New Year!  I want to kick off 2013 by thanking all of you that have bothered to take a few minutes to read my wacky writings.  I hope I have been a little bit informative and a lot bit entertaining.  I can’t wait to see what CMA has in store this year!  If you’re not a member, join.  If you are a member, I’ll see you at the next big event.  Say hi to me.  I won’t bite.  Really, I won’t.  Not anymore.  That was one of my new year’s resolutions.  On that awkward note, here’s the first blog of 2013.

And that ladies and gentlemen is the worst title for a blog ever.  I know you were thinking it so I thought I’d just come out and say it.  You know what wasn’t the worst thing ever?  The Head Writing All-Stars Writers’ Workshop with Ken Scarborough and Raye Lankford.  Okay, that really didn’t make my title any better but I tried…sort of. 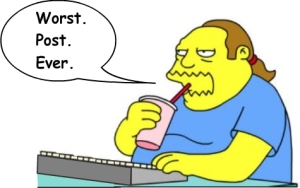 Ken and Raye really have too many credits to list.  Recently, Raye has been the head writer for PBS hit Curious George and Ken has been the head writer of PBS hit Martha Speaks (and he wrote for SNL from 2001-2004 which had one of my all time favorite sketches about the re-release of the ‘70s King Kong with all references to the World Trade Center omitted.  Anyone?  Anyone?). They were on hand to give writers some tips about breaking into children’s media.  And we all had a blast sharing how we find inspiration for our stories.  Raye and Ken were both so open with the group, they wanted to know what we thought and how our writing process worked.  They were so very friendly and down to earth that I felt like we were just hanging out in someone’s living room having a chat.  I really loved that vibe.

7 Point List of Trying to Find a Writing Job

Point the First – Watch the show you want to write for.  Tone is everything and if you don’t know the tone of the show, how the heck can you write for it? Sounds obvious but Raye said you would be amazed at the number of people who don’t do their homework.

Point the Second – Write the show.  Don’t try to change a show you don’t like into something that it’s not.  Find something that plays to your strengths that you like and go for that.  And of course don’t write a spec for the show you want to write for, the creators know it too well and will judge it too harshly.

Point the Third – When pitching ideas read the synopses of episodes they’ve done before so you don’t repeat any ideas.

Point the Fourth – If you get a script, be the solution to the head writer’s problem, not another problem.  This is fantastic advice!  Get things in early or on time, don’t argue about the notes.  People want to work with people who are easy to work with.

Point the Fifth – Find something where you can be a big fish in a small pond or do your own thing.  Write your own webisodes, books, etc.

Point the Sixth – Don’t set yourself up to fail. If you know the topic of the script is not your strong suit ask for help.  Get as much from the head writer as you can.

Point the Seventh – When writing try to visualize what you’re writing – think in images.  Are there physical limitations that simply can’t be done?  (Like looking at a puppet’s feet.)

Bonus Point the Eighth – When sending writing samples, Ken said he likes to get stuff for grown ups and that’s different from what children’s media creators normally write.  Basically, the question is can you make me turn pages and wonder what will happen next?  It also doesn’t have to be existing characters, it can be whatever you think is fun to read.

Main Takeaway: Raye said something that I want to have etched into a placard above my desk, “People want to be right.  If you keep shooting down the writers, they give up.”  It’s important to support your writers and give just as much positive feedback as criticism. 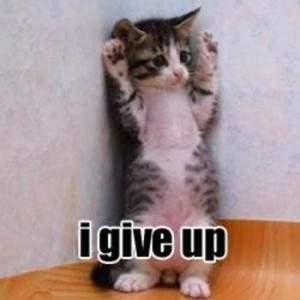 Personal Takeaway:  Raye said that when she was approached to be head writer of Curious George her first thought was that she couldn’t do it.  I find that a lot of writers are plagued by their own insecurities and it was nice to know that it’s not just me.

Inappropriate Takeaway:  When we talked about things that we use for inspiration I admitted to sometimes thinking of things for adults like The Wire and wondering how to rewrite plots based on that show.  For example, drug dealers shipping drugs in cargo containers somehow led me to a hilarious story about a box of runaway chickens.  Hey, I’ll take the inspiration where I can get it.

One thought on “Hey Now You’re An All-Star Get Your Pen Out, Go Write!”