Gamified learning – or, the idea of using play to help reinforce learning – is a topic near and dear to my heart. It’s something I strive to do every day at na2ure, where I manage the creation of toys that aspire to teach biology. To kids as young as 5. By having them “build” animals from body parts the way they’d “build” a word from letters in Scrabble™.

It’s more “Rush Hour” than Re-Animator, I promise you. The best part? Seeing kids’ eyes light up when they realize they’ve learned something while playing a game. 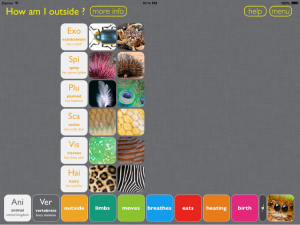 THIS game. Which just won a New York Design Award. Check it out! End of plug 🙂

There’s been a big push to put play back into learning lately, particularly in STEM (science, technology, education and math) fields. It’s a bona fide movement, and like any movement it’s got its movers and shakers.

CMA brought 5 of the best in for a chat on Tuesday, May 20th.

PlayCollective’s David Kleeman moderated a panel of “Entrepreneurs, Inventors, and Makers – Oh My!” featuring Brian Yanish (ScrapKins), Laura Rodriguez-Costacamps (NYSCI, SciPlay), Scott Wayne Indiana (NYSCI, DesignLab), Reuben Steiger (8 & Up), and Krista Kokjohn-Poehler (Girl Scouts of America). They not only introduced themselves; they gave us mini-presentations on their work, explaining how they thought outside the box to create games that inspire and encourage an entrepreneurial, problem-solving mindset in kids. We saw lots of cute kids learning great stuff – and you can, too, if you check out our YouTube page.

Brian created ScrapKins to inspire creativity in younger children, via the always popular medium of cartoon monsters building stuff in a scrap yard. ScrapKins launched its first app on Speakaboos and has since expanded into a 10-week learning activity he takes to schools all over the country. “It’s about instilling a sense of wonder in the creation process for the kids,” he says, and he’s seen them make boats that float and parachutes that work from common household materials.

The app is called “The Pirates of Smelly Cove,” because adding pirates to anything makes It more awesome.

The DesignLab at the New York Hall of Science won’t be open until Saturday June 7, and while that’s a bit of a bummer (because the pictures made it look like the funnest place EVER) Scott made up for it by explaining that its 4 spaces have 45-minute design activities geared toward “learning by doing.” They also produce apps, like SizeWise, geared toward helping kids notice STEM aspects of reality. Tours are available! After June 7 (please? They’re kinda swamped with the opening)!

SciPlay’s goal is to leverage children’s play for science learning, and Laura walked us through their first app. Its goal is to teach middle school physics by using visuals and interactivity – a similar approach to SizeWise – and will be ready in August. All of their work is steeped in curriculum and the result of an engaging partnership with lots of education experts… and they’re developing LOTS of resources.

Reuben took the exact opposite tack in the creating “8 and Up.” A 6-week mini-incubator for kids, the program’s goal is to expose kids to the entrepreneurial method of problem solving. The exposure to failure instills grit, and teaches kids to “never, ever give up” – and it’s becoming a movement. 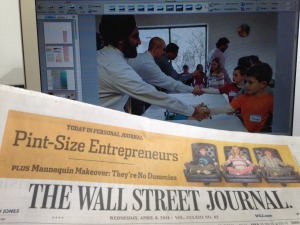 Krista was excited to be at the Girl Scouts, and happily filled us in on their Take Action program which gives girls exposure to entrepreneurial business projects on a yearly basis. Basically, the Scouts identify a community need, come up with a solution for it, and take that solution through the entrepreneurial process to implement it – tinkering and adapting it, reflecting on what worked and what they could do better. And that’s in addition to building their entrepreneurial chops with the Cookie Program. 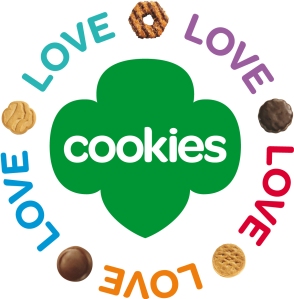 After tackling all of those different ways to use games to engender entrepreneurial problem solving and a maker mindset, David asked the panel if they thought kids today weren’t as creative “as they used to be,” citing a rather common bias that comes up in PlayCollective’s research. Brian responded that because lots of today’s toys come with steps and instructions, kids don’t have as much confidence or know-how to move forward in free play. Reuben pointed out that his intent was to create just enough structure for kids to work with, while Laura reminded us to keep gamified learning activities “open enough for the kids to do what they want and what they’ll be good at.” Krista agreed, and pointed out that “kids are creative when they have space and tools to be so” and “when you try to facilitate rather than lead kids to an answer” you really see their creativity come through.

David agreed that there’s a balance between not giving answers and giving enough structure to find the answers, then asked an even harder question: if failure is such an important part of the creative process, how do you help kids learn it? Reuben launched into explaining the 6-week structure of 8 and Up: a problem is introduced, everyone tackles it, it’s hard for everyone, and the rules are suspended so kids can come up with better and better solutions as they see their initial ones fail. Brian tapped into that, saying that kids need time to adjust to the idea of free play and giving them a template to work from; it took 10 weeks of the ScrapKins program for kids to feel comfortable enough to build from scratch, and that’s the best way he’s found to help them create rather than be stymied by the fear of failure. Krista added to that mindset by sharing about how she’s eager to help girl scouts embrace an entrepreneurial mindset in realizing that learning things is a marathon. “Don’t be afraid of the diagonal path,” she encouraged, and shared about how she’s trying to scale that growth mindset through Girl Scouts of America. 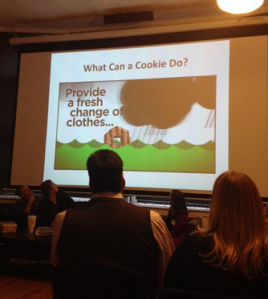 Largely by thinking outside the… cookie box (Oh, stop booing!).

Scott offered context – and one of the most profound observations I’ve ever heard – by stating this: “A large percentage of teachers enjoyed going through school because they saw their education as play.” Every single teacher I liked had this mindset – and so did I. But most kids, especially those who are really struggling in STEM areas, see school as a chore completely separate from play. They’re not stupid, by any means: they just don’t see learning as fun. “A lot of what we do [at the DesignLab] speaks to kids who don’t really like school,” he explained. While DesignLab is designed to meet educators in that tension by utilizing COMMON CORE standards and working with teachers to generate play-based resources, the real revolution of the space is its focus on the whole design process. It creates structures that not only allow kids to reflect on how they learned something, but observe and recognize the behavior that got them there at every step of the way – which is the perfect antidote to fear of failure.

That’s why Scott built a pirate ship smack dab in the center of the DesignLab.

David stopped asking hard questions and opened the floor to the audience, who asked slightly less hard questions – namely, what can media creators do to help build kids’ inner entrepreneurs? The answers were immediate, concrete, and surprising: focus on the process of creating something and offer as many opportunities for reflection as possible (from Laura); inspire a sense of possibility in what could be created by asking “What if?” at every stage of the process (Brian); set clear expectations of what kids can expect to do by sharing stories of what you yourself have done (Krista).

The panelists also discussed the rise of “Expert Kids” (YouTube Photoshop tutorials led by a 12-year-olds are far more encouraging than ones led by ANY adult because kids naturally want to help other kids), the reality of working within the education system (“It moves SLOW,” Reuben summarized), the demand for these materials with older kids, and the importance of great storytelling in helping get programs like these off the ground.

Because great stories illustrate the value to the folks who will back them.

And the CMA community knows how to tell great stories.

So let’s get in there and create!