New York Comic Con has been a massive success since its premiere in 2006, and it’s only grown since. NYCC supplies fans of various toys, games, and brands an opportunity to take part in specialized booths, panels, and events over the course of four fun-filled days. And with comic book culture becoming more prevalent in the mainstream, the convention will only continue to expand.

I attended NYCC on Saturday, October 7th and boy did I have fun. As someone who put herself on a self-proclaimed 3-year break from “The Con”, it was exciting to be back! From the beginning, I noticed more children than I ever had in the past, many in costume as their favorite superheroes. It was a big turnout for kids on a Saturday, given that NYCC does have a selected family and kids day, which typically falls on the last day of the convention. Tickets on those days are discounted for kids ages 6-12, and any content or imagery that may be deemed unsafe for little eyes is put away. Despite this, parents and guardians are allowed to bring kids to the convention on any of the days tickets are sold, with the purchase of a full price ticket for their child.

So, what did I see this year?

First, I found the Nickelodeon booth. Well, actually, it was one of the first things you saw when you walked in. Using Spongebob’s iconic pineapple home as its beacon, many flocked to the booth where fans could take pictures with Spongebob or bask in the glow of Helga’s Football Head shrine from Hey Arnold!. Like most booths at the convention, Nickelodeon used their space to promote many of their long-awaited projects surfacing this year, including Hey Arnold!: The Jungle Movie and Spongebob Squarepants the Musical.

Next, I ran into the DOMO! WORLD booth, hosted by NHK World. DOMO! WORLD is a stop-motion animated series, broadcast in 8K Super Hi-Vision. Showcased on a 98-inch monitor, NHK World shared snippets from the series and behind-the-scenes footage of how one shot used 16 combined animations to bring Domo’s village to life. In addition to video, fans were able to check out puppets used in the making of DOMO! WORLD, while Domo himself made appearances and took pictures with fans. 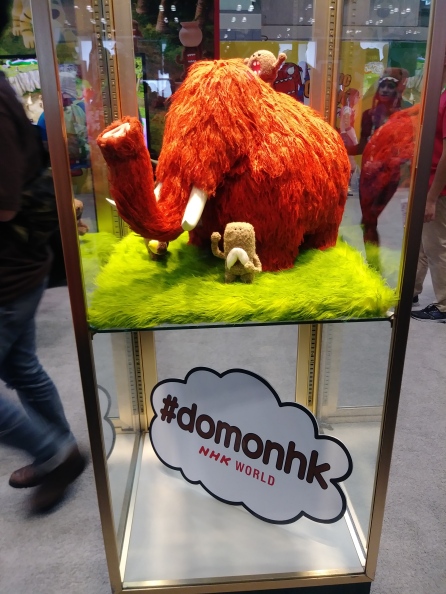 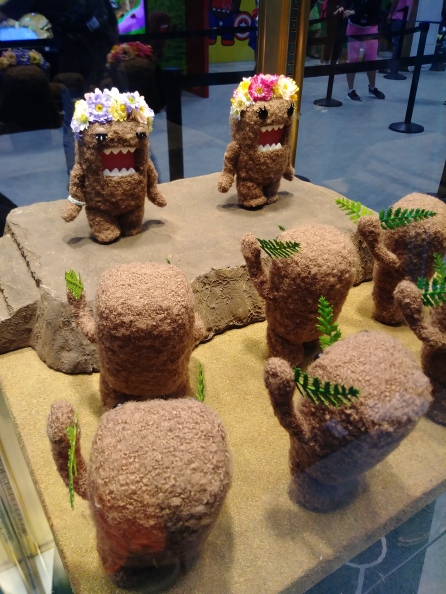 A great surprise outside of the norm was the Piccadilly and Her Magical World booth. This adorable little gem, among superheroes and masked crusaders, is a picture book series by author Lisa Anne Novelline. The booth highlighted current and upcoming books in the Piccadilly series, including Piccadilly and the Waltzing Winds, which recently won the 2017 Literary Classics-Silver Award in the Picture Book category. Every corner of this adorable booth was full of whimsy and delight. A definite eye-catcher amongst the showroom norm.

After playing some of the new Lego Super Heroes 2 and checking out new figures for Playmobil’s Ghostbusters and How to Train Your Dragon collections, I wandered upon one of my favorite finds at NYCC. Sphero, a company focused on robotic and digital technology, featured my favorite sighting, Star Wars mini droids!!! I had a blast playing with BB-8 and R2-D2, while and learning about the many functions that these scaled-down companions offered. Going beyond your typical remote control toys, Sphero has created a digitally connected experience that transcends traditional play. The droids give you the opportunity to pre-program paths and directions for your droid to follow. And when you’re tired of playing around, you can sit down and watch Star Wars together. Your droid syncs with the Star Wars series to react and convey emotional reactions to what’s happening on the screen. It’s brilliant!!!  In addition to being the most fun I had at NYCC, I was excited to learn that Sphero also works with educators in their SpheroEDU program to teach coding, robotics, and technology to kids across the country.

After spending about 4 hours at NYCC, I was tired. I did a lot and that was without experiencing any of the amazing panels and mini-events being held throughout the convention. I’ll definitely need to plan to take in more next year!