On January 9th, 2020, CMA hosted a high energy panel consisting of speakers Kaitlin McGaw and Tommy Shepherd of Alphabet Rockers, and Amelia Robinson of Mil’s Trills. The overarching theme of discussion for the night centered around uniting communities of children around the world on discussions concerning their race, gender, and emotional identity. 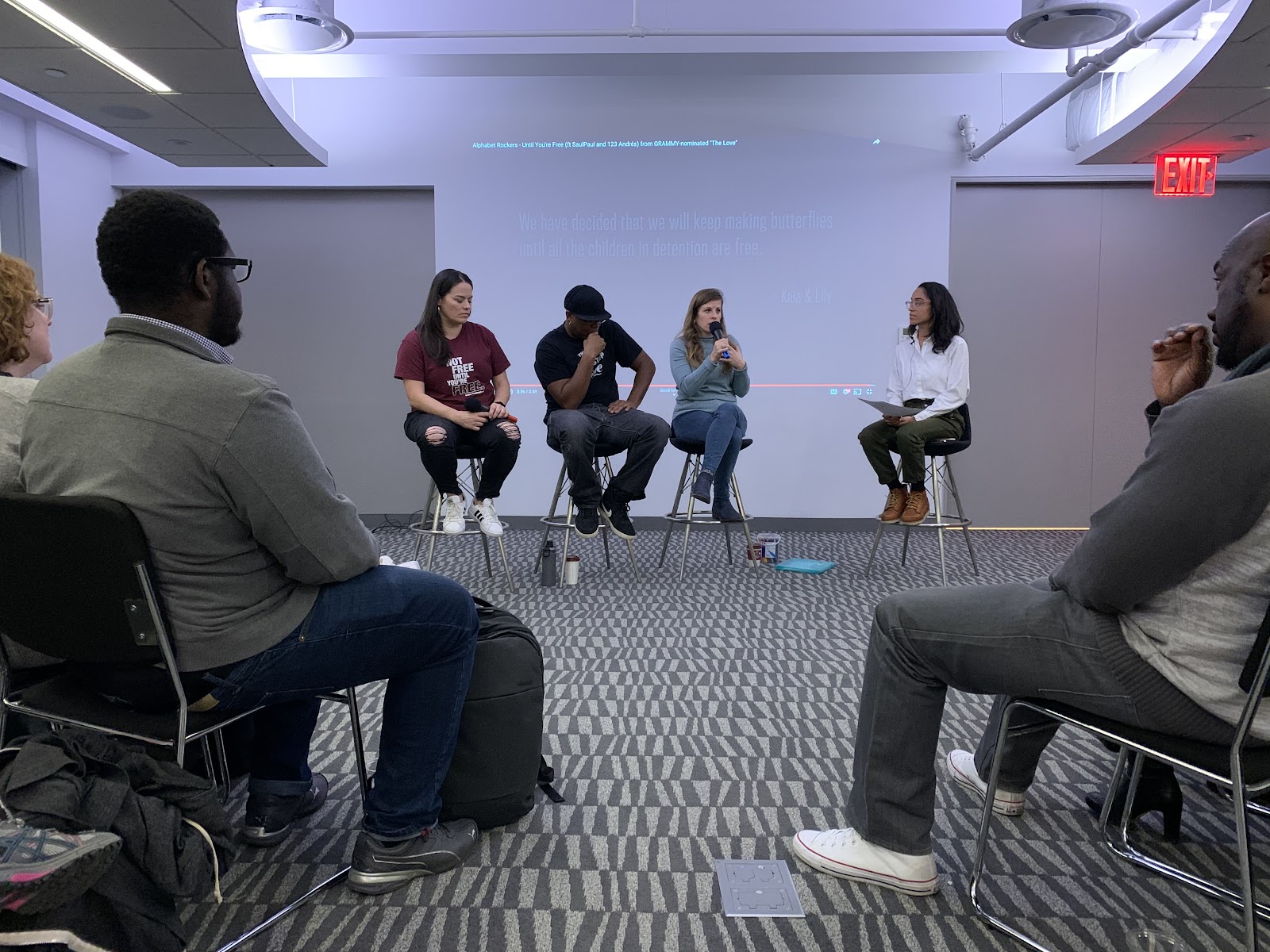 McGaw began the discussion by talking about tackling daunting or serious topics with kids, and the importance of creativity in that. On this topic and in order to demonstrate the many forms of creativity, Robinson tasked the attendees with another small activity where they would draw two dots on a blank sheet of paper and connect them in any fashion they wanted. The results varied tremendously, representing how many ways there are to do one seemingly simple task.

Robinson continued the discussion towards the importance of giving everyone a voice to convey their emotions, stories, and struggles. Attendees stood together in a circle and harmonized to create an unique tune to bring this idea to life. Shepherd spoke about how music can be a lens to amplify the truth of a topic or person and connect people to an issue. He shared that for him, ultimately it comes down to creating enjoyable music that promotes positive thinking and tackles real and sensitive subjects. 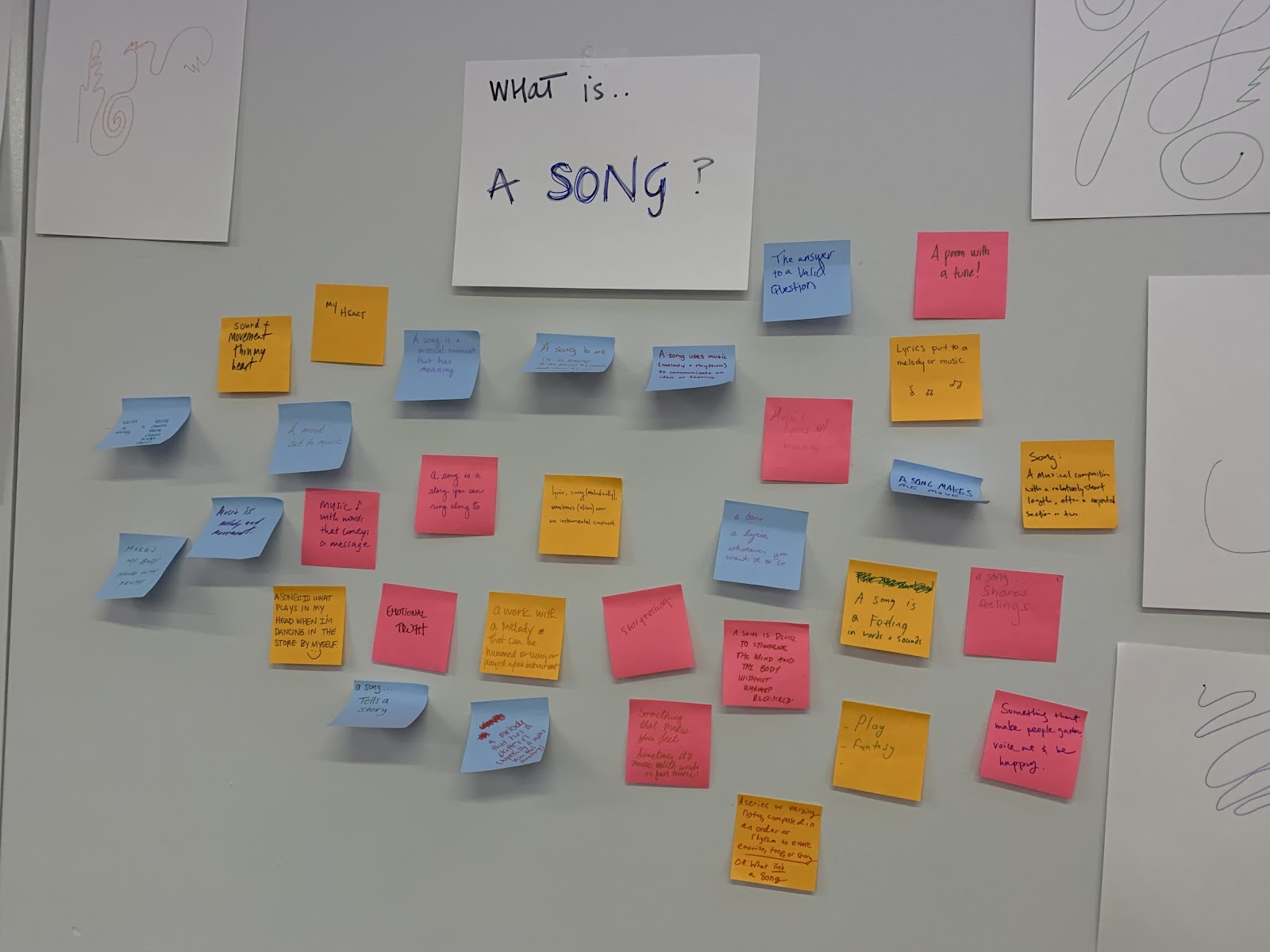 Following the discussion, the Alphabet Rockers put on a live performance of one of their hit songs “Not Alone,” which roused applause from the attendees. The lyrics and tune took an upbeat approach to the sad concept of losing a friend through the course of changes in life and the many benefits of “friendship activism,” which is their term for being the type of friend who speaks-up or stands-up for you when you are not in the room. They spoke on how they would ask children if an experience or issue felt real to them rather than if it felt right in order to create a more authentic response and lead to a more in-depth discussion. Robinson followed up the performance with a showing of one of her video projects named “The Tennis Song” where she and a child sang a witty and hilarious song on the simple topic of tennis. The simplicity of the prompt allowed for the child to expand her creativity in the song and create lyrics that related to both the actual sport and her feelings about playing it. The modest setup of the video harkened back to the importance of simply creating relatable music.

Overall, the event was a great display of high energy interactions that never wavered from its core message of using creativity to put a lens on the real and pressing challenges faced by children today. As technology advances, it falls to creators to promote creative expression and show kids that using these new tools allows them the miracle of having their voice and experiences accessible to all. I feel we should all strive to put more emotional and relatable messages in our projects and, much like the speakers said, we should ask ourselves if it’s “real rather than if it’s right.”

View all posts by Yamil Casas