On Thursday, May 18th, 2017, Children’s Media Association hosted the 8th annual Red Chair Series. The Red Chair Series are conversations between Amy Friedman, CMA board advisor and SVP of Programming and Development at Sprout, and some of the most influential figures in the children’s media industry. This year Amy Friedman talked with Randi Zuckerberg, Founder and CEO of Zuckerberg Media New York. 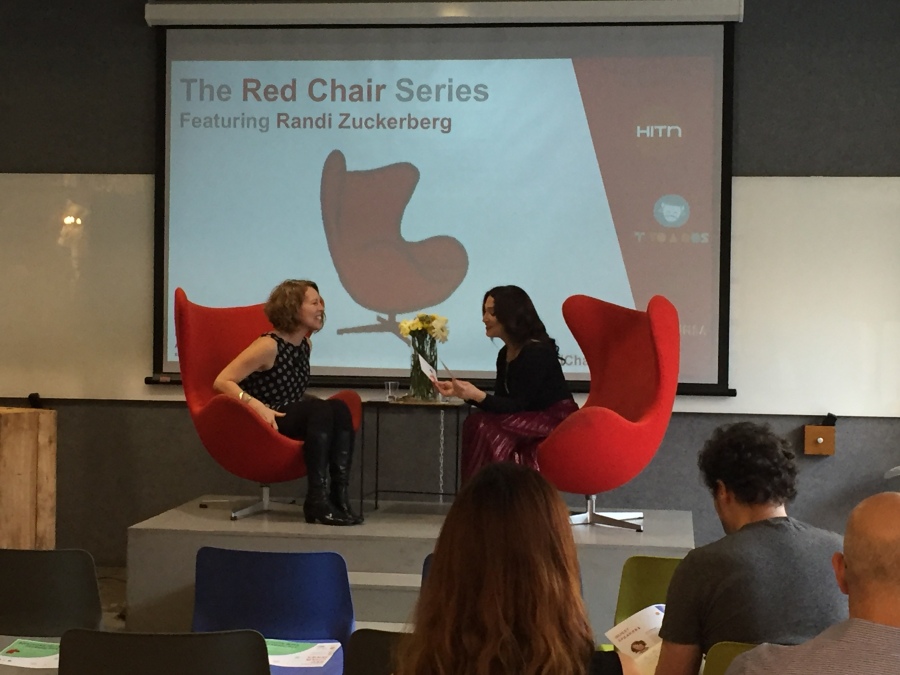 The event felt less like an interview with a figurehead in children’s media and more like a conversation between two friends, as they talked about Randi’s career and how she went from working at a marketing firm to being the head of Digital Marketing for Facebook, to working with Amy and Sprout on Dot.

Amy started the night by asking Randi “where it all began,” and Randi spoke of the time her mother encouraged (read: demanded from) her to ask for a solo in the holiday concert when she was only ten-years-old. One of Randi’s life-long dreams was to sing on Broadway, and her mother did everything to encourage her child’s hopes, because she knew that being part of a community that constantly rejects and pushes people to give the best performance possible could only thicken Randi’s skin and build her confidence. When she was in fifth grade, Randi said her mother refused to give her a ride home from school until she marched up to the music teacher and asked for a solo -and he did! That was when she learned that “you don’t get what you don’t ask for.”

At Harvard University, Randi studied psychology (much to her own chagrin, as her mother is a psychologist), and after graduation earned a position at a marketing firm in New York City, where she was assigned to a team working on digital interactive media. At the time she hated the idea, since all her other newly hired colleagues were working on fun things, and digital media was still a new and blossoming frontier. But this new learning experience turned out to be a good thing for Randi -and her younger brother Mark, who decided his little start-up (something you might know as Facebook) needed someone to head up Digital Marketing.

In her six years at Facebook, Randi saw her brother’s company go from a twenty-person start-up to a public company with multiple facilities and thousands of employees around the globe, and she was part of the team that helped make Facebook a household name. Randi was not only the Director of Marketing for Facebook, but she also organized all matters political and non-profit when the company began expanding its reach, especially, she says, when she found that political candidates in local and regional elections were creating upwards of 10 profiles because they kept reaching their 5,000 friend limit.

Randi insists she grew and learned a LOT at Facebook, but she couldn’t dismiss all her dreams and passions from her past -which is exactly what people expect you to do when you work at a Silicon Valley start-up. Working at Facebook meant Randi had no time for her greatest passion in life, music, or for her newest one, family, so she wasn’t kidding when she said a contributing factor to leaving “the family business” was to have a family and be mom.

Not long after having her first son, Randi received the opportunity to live her childhood dream -she was offered a part in the Broadway run of Rock of Ages! But because she had just found out she was pregnant when the offer came in, Randi wanted to get started right away. She flew across the country to New York, found an apartment, and had eight rehearsals before her Broadway debut. 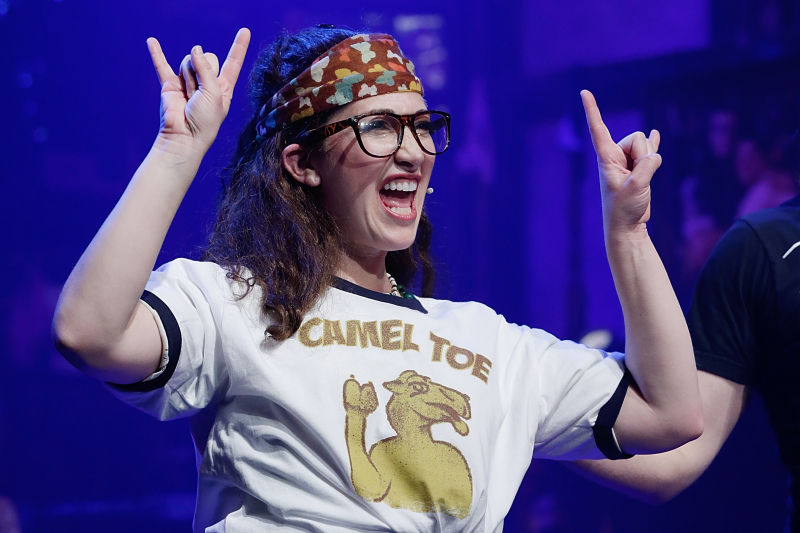 Randi says of living her lifelong dream: “I have no words…if there weren’t programs and videos and friends of mine who came to see me in the show, I would still think it wasn’t actually real, that I had dreamed it up.”

But she also says that, while she’s glad she can check “singing on Broadway” off her bucket list, she doesn’t think she’d try it again any time soon. Repeating the same lines night after night made Randi feel like she wasn’t learning, or growing, and that bothered her more than she realized it would. She began networking for opportunities, not to star in other shows, but to produce new ones in the future.

Today Randi is on the Board of Directors for the Lincoln Center for the Performing Arts, which hosts 400 free performances every year, and she is a Tony Award voter, meaning she has to see every show on and off-Broadway -over 100 every year! She is also a huge investor and supporter of the arts, knowing that for hundreds of thousands of American children in schools, arts and performance classes and clubs are the only reason they enjoy or stay in school. “How can I give back to the organizations that will help the arts for these future generations?” she asks as she tells Amy of all that she already does to support the arts here in New York.

Just before Amy and Randi turned to the audience for questions, Randi touched on her newest venture, DOT, the children’s TV show based on the New York Times bestselling children’s book that came about at the same time she was writing her business book about untangling your life from your devices, Dot Complicated. To correspond with the book that describes how difficult it is managing a working and personal relationship with technology, Randi wrote the picture book, DOT. about a little girl well-versed in tech and electronics who learns how to use what that tech taught her out in the world with her friends IRL. The Jim Henson group read the book and loved Dot so much they wanted to turn it into a children’s show! Randi explains that, with the show, she really wanted to show that girls who love technology and science and coding can also be fun and girly -they don’t have to be just like the boys. She wants to change the way girls -and boys! -think about technology and the people in tech careers, and she and everyone at Sprout and CMA knows that change in thinking starts young! 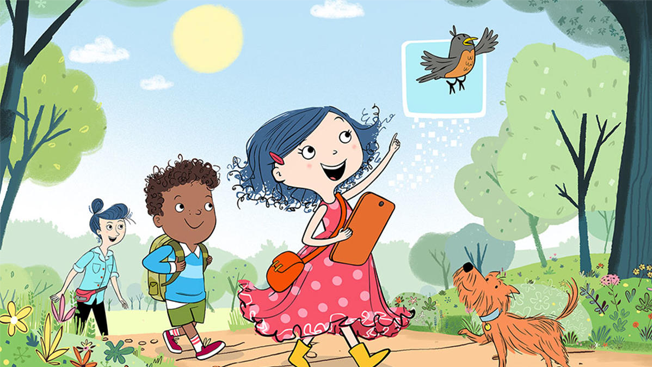 Randi Zuckerberg has a lot going on. Aside from founding and being the CEO of Zuckerberg Media and the executive producer of Dot, she is the host of the SiriusXM radio show “Dot Complicated,” and the editor-in-chief of DotComplicated.co, an online resource to help people navigate and “untangle” from their screened and wired lives. She looks for and invests in female-founded or female-driving tech start-ups, was recently appointed as a Young Global Leader for the World Economic Forum, and self-published a graphic novel about a young teen who becomes president, Missy President.

Despite all of that, Randi found the time to come chat with Amy and the CMA, and we’re glad we had the opportunity to meet this incredible, hard working woman.

View all posts by amyebeau